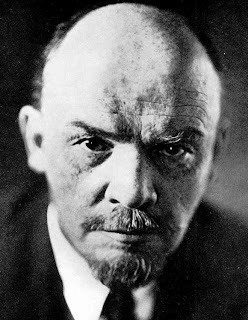 Lenin’s Encounter with Hegel after Eighty Years: A Critical Assessment
by Kevin B Anderson
Πηγή: thecommune.wordpress.com

“Lenin renewed authentic Marxism not least by a recourse to the “core” of the Hegelian dialectic (“Contradiction is the root of all movement and life”) and to the selfsame Hegelian Logic…Thus it was precisely orthodox Marxism, restored by Lenin, which presupposed a knowledge of Hegel; as against a vulgar, traditionless, and schematic Marxism which, in isolating Marx — as if his thought emerged like a shot out of a pistol — isolated itself from Marx.” Ernst Bloch (1962 [1949], 382-83)

“He did not read or study Hegel seriously until 1914-15. Also, if one considers it objectively, one notices a great difference in tone and content between the Notebooks on the Dialectic and Materialism and Empirio-Criticism. Lenin’s thought becomes supple, alive …in a word, dialectical. Lenin did not fully understand the dialectic until 1914, after the collapse of the International… Here we see the significance of the profound reticence of the Stalinists toward the Notebooks, who for a long time put them aside in favor of Materialism and Empirio-Criticism.” Henri Lefebvre (1959, 85)

“The emphasis that Lenin put on “dialectic proper, as a philosophic science” separated him from all other post-Marx Marxists, not only up to the Russian Revolution but also after the conquest of power… What was most manifest of what he had gained from the 1914-15 Hegel studies was that the Hegelian dialectic needs to be studied “in and for itself”…That Lenin kept his direct encounter with the Hegelian dialectic — his Abstract of Hegel’s Science of Logic — to himself, however, shows the depth of the economist mire into which the whole Second International, and not just the German Social-Democracy, had sunk; revolutionaries stood on the same ground!” Raya Dunayevskaya (1991 [1982], 116)

This article first appeared in Science in Society Vol. 59 #3 (1995). Kevin B Anderson is a member of the Marxist-Humanist Committee US
Posted by Αντωνης at 12:21 π.μ.