The truth is out there: Ένα κολάζ 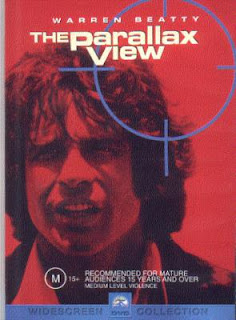 1. A supporter of the Communist Dictator of Venezuela, Hugo Chavez.

1. A supporter of one of the greatest and current president of Venezuela.

2. A person who believes in equality for others and is selfless, generous and compassionate.

President Chavez has been waging what he calls a "media war"

The Venezuelan government has taken six cable television channels off the air for breaking a law on transmitting government material.

The privately owned RCTV International, openly opposed to President Hugo Chavez, is one of those affected.

On Saturday the government had ordered RCTV to televise a government message, but the channel refused to comply.

Caracas January 24, 2009 (venezuelanalysis.com) – In politically polarised Venezuela, both supporters and opponents of President Hugo Chavez marched peacefully in the capital, Caracas, on Saturday to mark the anniversary of the civic-military uprising that overthrew US-backed dictator Marcos Pérez Jiménez on January 23, 1958.

Despite strong opposition from middle and upper class sectors, Chavez remains overwhelmingly popular amongst Venezuela’s poor and working class majority, with the latest poll by the Venezuelan Institute of Data Analysis (IVAD) showing him with a 60.3 percent approval rating.

...“This is the real voice of the Venezuelan people,” Marisabel Rodriguez, a 23 de Enero resident, told Venezuelanalysis.com, gesturing to the crowd of red clad Chavez supporters. “The opposition claims there is a dictatorship in here Venezuela, they say there is no freedom of expression, this is a lie! They protest with full liberty, they control the majority of the media,” she said. “They want us to go back to the way things were before, without any social justice,” she added.

If they win control of the national assembly, the opposition “are coming for me next,” Chavez has warned, “They want to put an end to the Bolivarian revolution.”

Although Chavez's individual popularity remains high, support for the PSUV is much lower, at 32.3%, and frustration over unresolved problems such as, crime, electricity shortages, inflation, rubbish collection and government inefficiency means a “Chavista” majority in the national assembly elections is not guaranteed.

However, the PSUV remains in first place nationally with Venezuelan opposition parties trailing far behind. The Democratic Action (Accion Democratica) party enjoys 5.3% support, Justice First (Primero Justicia) 4.4%, A New Era (Un Nuevo Tiempo) 2.5%, COPEI 2.2%, while other smaller parties account for 4.8%. Meanwhile, 46.5% of respondents to the poll were undecided or did not answer the question regarding political party support.


June 11, 2004.- Cuban television tonight broadcasted remarkable segments of a one hour program on Miami TV Channel 41 in which known paramilitaries from the Florida based Comandos F4 (www.comandosf4.org) organization openly spoke of their preparation for an armed attack against Cuba.
...
It is illegal in the US to defend terrorist actions on TV. The promotion of the assassination of another nation's leader is also illegal under the US Neutrality Act. Nonetheless, commented round table participants, these men were able to openly sit in a studio dressed for war and happily discuss the different armaments they were using to train paramilitaries to attack Cuba, and get away with it. There couldn't be better proof of the US government's complicity with such would-be terrorists.

Adding weight to recent accusations of Venezuela's President Hugo Chavez, former Venezuelan army captain Eduardo Garcia was also present in full uniform to discuss the help Comandos F4 were giving in his efforts to bring down Chavez by force. Chavez has frequently charged that Miami Cuban-American terrorist organizations are involved with Venezuelans seeking to assassinate him.

24 January 2010 The opposition also protested electricity and water saving measures introduced by the government to combat a crisis in the electricity sector. Venezuela’s rainfall was 40 percent below average in 2009, causing water levels in the Guri hydro-electric dam—which provides 70 percent of the country’s power needs—to drop to critical lows resulting in power outages in some areas.

Mayor of Caracas, Antonio Ledezma, said, “I don’t understand why there is a drought in a country with so many rivers.” Opposition supporters also called for people to increase their energy and water consumption in protest and to refuse to pay their power bills.

WASHINGTON POST:
IN THE COURSE of the past month, Venezuelan President Hugo Chávez has been exposed as a supplier of advanced weapons to a terrorist group that seeks to overthrow Colombia’s democratic government. In his own country, he has shut down 32 independent radio stations. His rubber-stamp National Assembly has passed laws to gerrymander districts in next year’s parliamentary elections and eliminate the autonomy of universities. Mr. Chávez has pledged to purchase dozens of tanks from Russia, and he has scheduled a trip to Tehran next month to reinforce his support for beleaguered Iranian President Mahmoud Ahmadinejad.
...

The Obama administration has chosen to ignore Chávez’s actions against his neighbors and against his own people. Saturday’s demonstration in support for Globovisión and other opposition media was tear-gassed and hosed down.

WHICH SIDE ARE YOU ON?


Brought to you by a Chavista blog